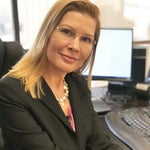 Diane C. Haar is the founder of Hawaii Disability Legal Services, LLLC (HDLS), a private, public interest law firm specializing in Social Security, SSI, and Veterans Disability. Since coming to Hawaii in 2010, Diane has enjoyed significant success in winning benefits for her clientele. Within its first five years, mostly by word-of-mouth, Diane's firm grew to serve not only people with disabilities in Hawaii, but also in all of the Pacific Territories, the Philippines, and other Pacific region countries.

Not afraid to face a challenge, to become an attorney, Diane put herself through school. She earned her Bachelors of Science with Highest Honors and a 4.0 grade point average from the University of California, Berkeley, and then her Masters in Public Health and Juris Doctor from Yale University. Before coming to Hawaii, Diane practiced war crimes litigation before the Eritrea-Ethiopia Claims Commission in the Permanent Court of Arbitration in The Hague.

Gravely injured during her work in Eritrea, when Diane returned to the United States in 2007, she was drawn to representing people with disabilities who are no longer able to return to work in their full capacity or at all to find the monetary and medical benefits they need to sustain themselves into their futures. She also recalled the periodic injustice in the treatment of her own developmentally disabled sister, which had initially compelled her to want to become an attorney.

Since her entrance into disability law in 2008, Diane has won Social Security, SSI, and Veterans Disability benefits for over a thousand people from every walk of life. This includes numerous veterans, individuals left homeless due to their disabilities, and others whose futures are forever changed by a traumatic accident or grave diagnosis.

With permanent offices in Honolulu and Kailua-Kona, Hawaii, Diane has a presence on all of the inhabited islands in Hawaii (except Niihau) and regularly visits and represents people throughout the entire state. She also travels to and represents people in Guam, American Samoa, and the CNMI, as well as throughout the Pacific and Pacific Islands in the Philippines, Australia, Japan, and South Korea. She provides representation at virtually all levels of the benefits process, to include before the Social Security and Veterans Administrations, as well as in the Hawaii Federal District Court, the Court of Appeals of Veterans Claims, and the Ninth Circuit Court of Appeals. She is also barred in the United States Supreme Court. Diane knows the Social Security Administration (SSA) and the Department of Veterans Affairs (VA) disability benefits programs like few others do.

Diane's exemplary successes and achievements have won her awards and recognition to include that she is a Hawaii Leadership Institute Fellow and a United States Federal District Court Delegate for the District of Hawaii. She is on the Advisory Board of the Hawaii State Veterans Treatment Court, a board member of The Arc in Hawaii, and the former Hawaii Delegate of the American Bar Association's National Dialogue for Bar Leaders, Solo and Small Firms. She speaks regularly on Social Security and Veterans Disability law to non-profits, consumers, and others, gives an annual accreditation course for potential VA Disability attorneys, and has served as an adjunct professor at Richardson Law School at the University of Hawaii, among other endeavors. As a military wife, she had to take and pass multiple state bars, and is a member of the Hawaii, California, and Nevada bar associations. Now the wife of a disabled veteran, her husband retired as an E-8 after 24 years on active duty due to his own injuries, but he continues to serve DOD through civilian service.

Diane is supported by a team of liaisons and specialists, all of whom are veterans or have close family members who have served in the United States military. With the support of her team, Diane continues to meet and exceed client expectations throughout the Pacific.

Thank you for contacting us. We will get back to you shortly.

Please complete all required fields below.

Hawaii Disability Legal Services, LLLC is committed to helping you obtain Social Security, SSI, and Veteran's Disability in Hawaii, the Pacific Territories, the Philippines, and other countries in the Pacific Region. 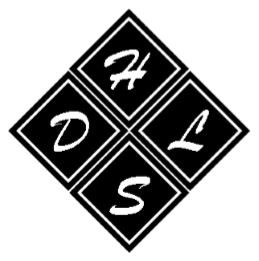 We offer a free consultation. We will gladly discuss your case with you at your convenience.

There is no fee until our attorney gets you benefits. You don't have to do this alone. 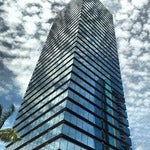